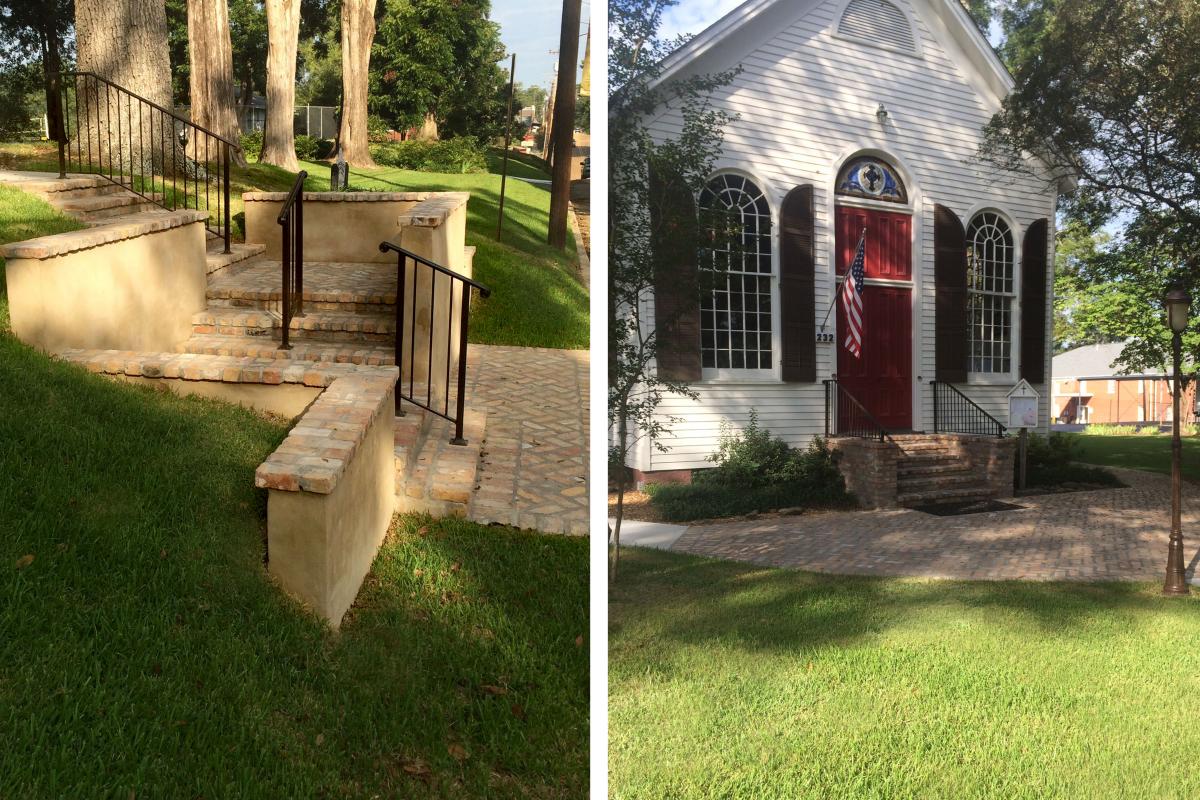 Following demolition of the existing “streetscape” stairs and handrails, PCG performed the excavation for new streetscape stair footings and elevation grading. The PCG team then formed, poured, and finished the new concrete. Pavers were installed in a herringbone pattern on the landings of streetscape stairs, and CMU cheek walls and knee walls were constructed with brick veneer caps. Finally, stucco was applied over CMU knee walls of streetscape stairs. Metal handrails were added and new light poles were placed, including electrical wiring, on either side of entry plaza.