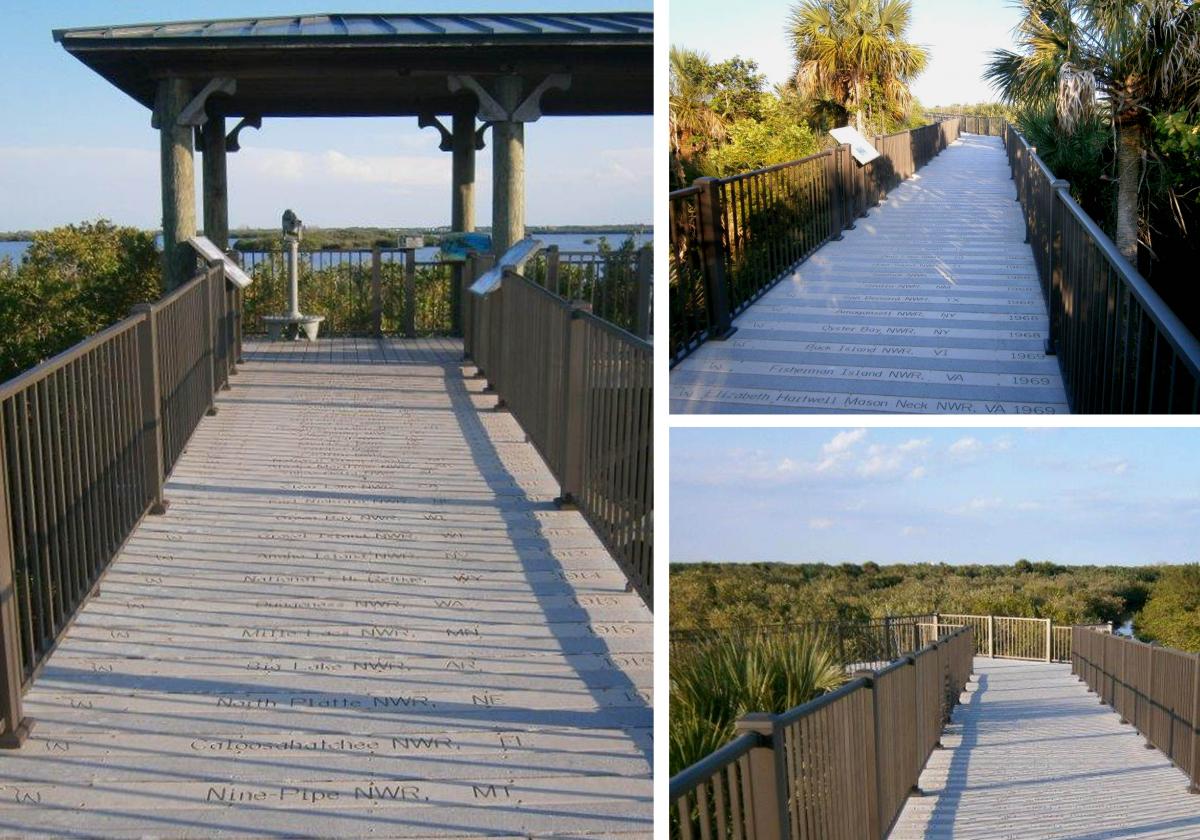 SCOPE OF WORK: Established in 1903, the Pelican Island National Wildlife Refuge in Vero Beach, Florida was the first national wildlife refuge created in the United States. The Centennial Trail (including a 550-foot Boardwalk) was completed and dedicated as the centerpiece of the National Centennial Celebration at the refuge in 2003.

The boardwalk leads to an 18-foot high overlook from which the historic Pelican Island and Indian River Lagoon can be viewed. The boardwalk deck consists of wood alternative decking materials, and 540 of the decking planks have the names of other national wildlife refuges engraved in them.

The boardwalk was showing signs of wear, including dry-rotted railing and rusted screws that needed to be removed and replaced. PCG’s contract with the National Fish and Wildlife Service required:

Paramount installed signage indicating that the Centennial Trail was temporarily closed to the public, and completed the project through a fast-track schedule in 21 days, or roughly one-third of the allotted 60-day schedule that was approved by the Fish and Wildlife Service.

Challenges of this project included the remoteness of the construction site, inclement weather, and navigating repairs on portions of the boardwalk that are over water. Also, Pelican Island is home to many endangered species, which necessitated conscientious construction strategies.