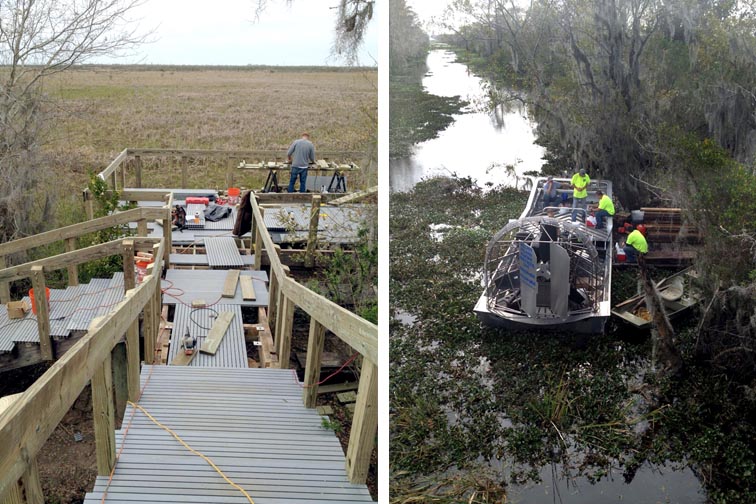 SCOPE OF WORK: The PCG Team performed the rehabilitation of two pipeline canal bridges in the Barataria Preserve in Jean Lafitte Park. This project presented significant challenges which the PCG Team navigated extremely successfully. The bridges were only accessible by airboat or ATV for personnel. Paramount performed work from barges, mobilizing all personnel, materials, and equipment by airboat. This raised the level of difficulty tremendously by not having direct access to any utilities, including electricity.

Paramount self-performed all work, sometimes having to execute tasks twenty-five feet above the water, such as replacing bolts measuring one inch in diameter and two feet in length, while rappelling down from the bridge above. Water quality tests were required before, during, and after construction, as a special consideration for historical preservation due to the Native American colonies that once inhabited these exact locations. PCG had no stops for loss and finished well within the allotted project schedule.